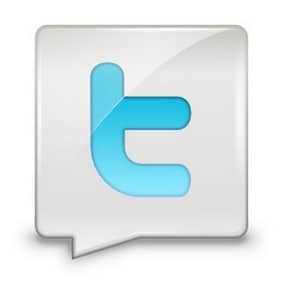 Website Magazine takes a look at one of the most creative uses of Twitter we’ve seen yet, and how it landed 300,000 visitors onto the site of online footwear retailer SuperShoes.com in less than two hours.

SuperShoes recently held the first-ever known games of Twitterbingo to promote its new Drag & Share feature, which it introduced as a way to integrate social media onto its e-commerce site.

The Drag & Share feature prompts customers to drag an item from a product page and drop it and its corresponding link information onto a Twitter (or Facebook or e-mail) icon to initiate two-way communications between merchant and consumer (and consumer’s social networks).

Modeled after the classic game, Twitterbingo took the new feature a step further by assigning hidden messages representing each of the five letters of “BINGO” to five predetermined products, and then dropped hints throughout the two one-hour games to help customers find the products they needed to earn letters.

The SuperShoes team also used Twitter to explain the game and the Drag & Share feature, answering any questions in real time through a series of tweets. “Once they understood how to use the new feature, we just sat back and watched the tweets fly,” explained Frank Malsbenden, SuperShoes’ VP/General Manager Vision Retailing. “Twitter is the only platform that allows us to simultaneously teach, engage, entertain and converse with customers while exposing our brand and products to their entire social networks.”

While the goal of the game was to introduce Drag & Share, SuperShoes.com leveraged the opportunity to gain hundreds of thousands of impressions for its brand and its products. “Because every tweet contained links to our site, we not only extended the reach of our message and our brand but ensured that we saw residual activity after the game had ended,” said Malsbenden.