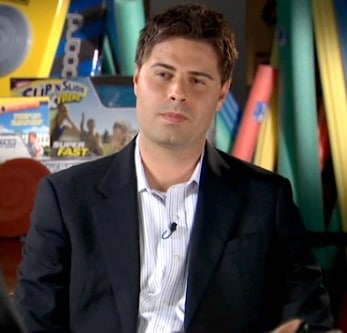 Bloomberg BusinessWeek recently sat down with Aguilar and asked him about toy fads.

What is the life span of a hot toy?

It can last decades or just a season. Sometimes a product has its wave and then comes back. Last year a picture was snapped of the President’s wife using a Hula Hoop. We’ve always had a hoop for exercise, but it became a big trend. We have to make sure we fill the demand when the trend hits. This will probably last about six months to a year. Then the big excitement will be over.

What happens when a product goes cold?

It doesn’t necessarily disappear. Before you were making 1 million a month, now you’re making 10,000 a month. What you should do is build your brand off of that. When we made a new toy, at the end of the commercial, in a big strong voice, we’d say “made by Wham-O!”

Any words of wisdom for the makers of Silly Bandz?

They’ve already built a brand for themselves, but I can see in the next few months that it’s going to start to die off. They can sell to a bigger toy company, or they can take the profits and build a solid development and creative team and start to explore what the next great trend will be. They need to be ahead of the market.