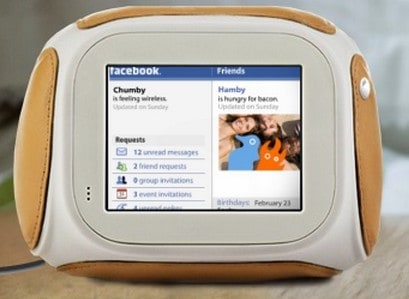 In the 1980s and 1990s, a clock radio would have vied with underwear as the most boring gift.

But according to The New York Times, that changed in recent years, thanks to the advent of digital music players, most notably the iPod. It gave the clock radio combination new life – and has made it a cool gift all over again.

The original clock radio is shrouded in mystery. Many Web sites attribute the invention to James F. Reynolds and Paul L. Schroth Sr. in the 1940s, but none offer supporting evidence.

The Consumer Electronics Association did not give the clock radio a lot of respect either. It did not track shipments of clock radios, only clocks and radios separately, until 2007.

But what it did track shows that when manufacturers put docks for MP3 players, iPods mostly, into clock radios, the category took off. It was the “MP3 player bump,” says Chris Ely, manager of industry analysis for the trade group. In 2009, shipments rose 40 percent, to 12.8 million, from the year before.

The Chumby, introduced in 2007, was the first Internet-connected alarm clock. A small beanbag attached to a small LCD screen. Connected to a home’s wireless Internet network, the Chumby’s screen showed the time like a clock and it displayed news, weather and stock prices. It also could play music from Internet music-streaming services like Pandora.

“It’s very valuable real estate,” said Brennan Mullin, senior vice president of Sony’s personal imaging and audio division. “It is probably the last thing you see when you go to bed at night and the first thing you see in the morning.”