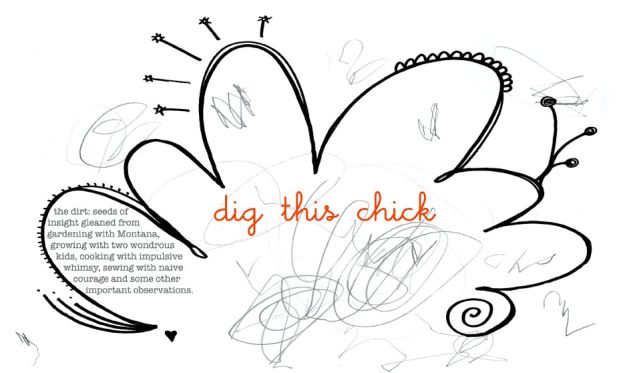 Home is where Nici Holt Cline nourishes her heart and her business, both of which seamlessly commingle in her busy life as a mother, entrepreneur, writer, designer of kids’ clothing and gardener.

Other labels would also define this fourth-generation Montanan, among them, wife and risk taker.

Flexible and imaginative, Cline, 32, quilts together an unusual workday from her house in the heart of Missoula.

In and around meals, outings and naps with her young daughters, Cline writes a blog — which has paid sponsorship — and sews whimsical children’s clothing that has become so sought after that Cline is hiring another seamstress because local shops can’t keep her handcrafted items in stock.

You can find Cline on Facebook, on etsy.com and on her website, www.digthischickmt.com, and in specialty retail stores across the state, including the Blackbird Kid Shop in Missoula.

All of this falls under one label, a brand called “Dig This Chick,” which Cline gave herself years ago when she named her unusual business that offered gardening and graphic design services.

That business faded away when Cline became the development director at the Missoula Art Museum. When she became pregnant for the second time, she wanted to become a full-time mother, who wrote and sewed every day.

“It was a huge risk and a huge decision to stay at home and be a mom,” Cline said. “I loved my job at the museum, but my kids are my No. 1 priority.”

Logo from dig this chick