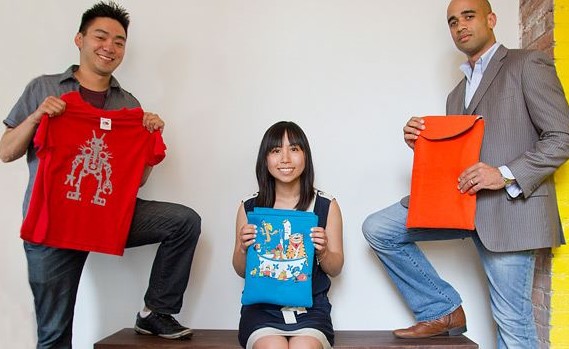 Bloomberg Businessweek reports that the company makes custom sleeves for laptops out of old t-shirts, but its underlying mission is to help sex trafficking victims prepare for jobs.

They don’t really have the job skills or English language training that they need,” says Lin, 26. “A lot of them return to prostitution.”

Working with the nonprofit Restore, the group has hired three workers and has a waiting list of at least five.

Demand for the laptop sleeves–which sell online for $49–has outpaced their expectations; retailers and a major computer manufacturer have asked to carry them, Smith says.

What started out as a side project has become “a beast of its own,” says Smith, 31, and the group is actively looking for separate office space and ways to expand the operation.