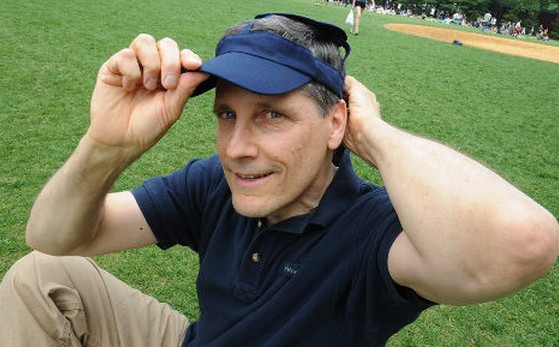 According to the New York Daily News, this baseball cap is totally kosher.

A Manhattan man has invented what he calls the “yamulkap,” a yarmulke with a brim like a baseball cap so religious men can get some shade.

Seth Mosler, 59, who is Jewish but not strictly observant, was walking through Central Park two summers ago when inspiration struck near the Great Lawn’s ballfields.

He saw Orthodox kids throwing frisbees, tossing softballs, and swing their demarini softball bats, all wearing yarmulkes that offered no shade from the sun.

“I noticed they were hot and getting sunburned,” said Mosler, a charter school business manager who lives on the upper East Side. There must be a way to wear a yarmulke and sun-shading brim at the same time, Mosler said he thought.

He cut up an old baseball cap as a prototype, then searched for a manufacturer.

“It could be a trendy thing to wear, but I think it will probably appeal to people who are already wearing yarmulkes,” Mosler said. “Hopefully, word of mouth will get it going.”

To make sure that the cap met religious standards, he consulted with two rabbis, one Orthodox and the other conservative. Both gave him the go-ahead.