Imagine if you could pick up Braille just by playing with a ball. Fast Company reports that a new conceptual toy by recent Pratt grad Danielle Pecora is designed precisely for that.

Be-B is a ball that helps kids, blind or not, learn Braille through touch and sound. 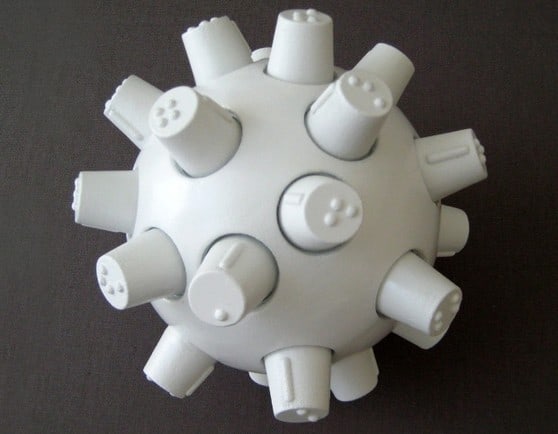 Looking a bit like a stiff Koosh ball, it has 26 magnetic pegs, each depicting a letter of the alphabet in Latin on one side and Braille on the other.

The object’s to fit the pegs into 26 circular indents in the ball that are themselves embossed in Braille letters. “A” in Braille, for instance, is a single dot, so you’d find the peg with one dot, then match it to the spot on the ball with one dot. 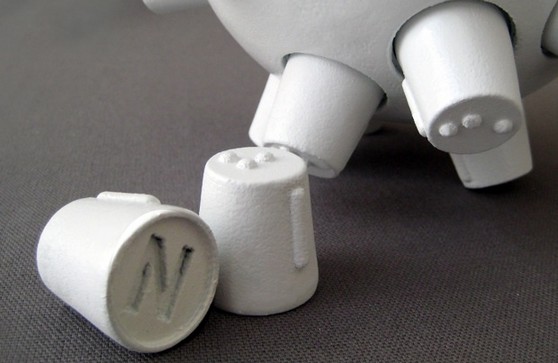 An electronic device in the ball chimes when you get a letter right. It’ll also verbalize what letter you’re touching when you run your fingers over the indents.

The main problem, though, is this: Be-B might already be obsolete.

In Western countries, text-to-speech software and other reading technologies have turned Braille into a relic of the pre-digital age.

As the New York Times reported last year, less than 10 percent of legally blind Americans read Braille. Yet many would argue that Braille literacy allows for a measure of independence no elaborate gizmo can provide.

After all, what do you do when computers fail?