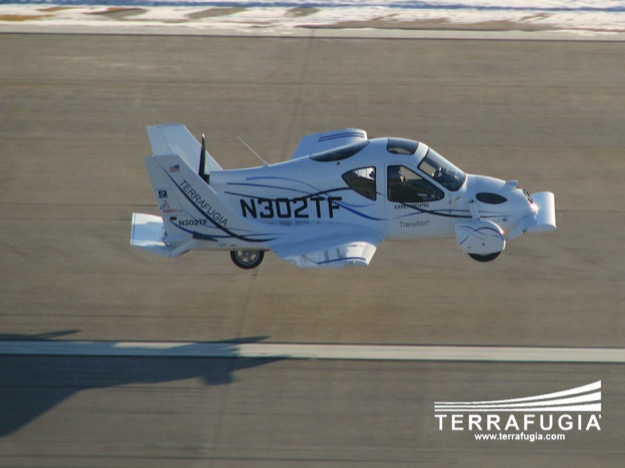 The Terrafugia Transition, a light aircraft that looks like a Volkswagen Beetle and can convert into a road-legal automobile, is to go into production after being given a special weight exemption by the US Federal Aviation Administration. 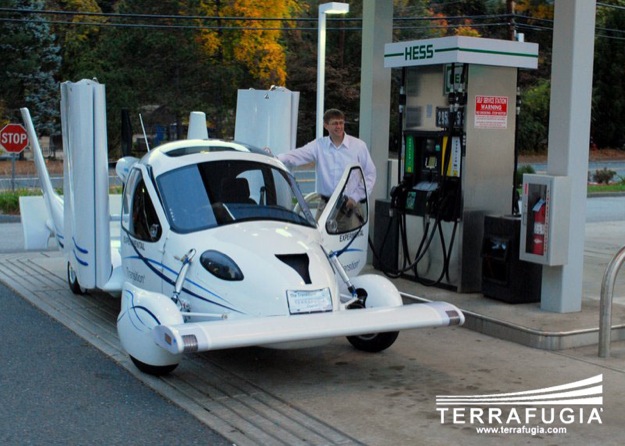 The press release is available after the jump.

Terrafugia, Inc., developer of the Transition Â® Roadable Aircraft, or “Flying Car”, has received an exemption from the FAA to allow the Transition Â® a maximum takeoff weight (MTOW) of 1430 pounds (650 kg). This additional weight accommodates the structure and equipment necessary for compliance with the Federal Motor Vehicle Safety Standards (FMVSS) which are not found in other Light Sport Aircraft. Items such as airbags, an energy absorbing crumple zone, and a protective safety cage will increase safety both on the road and in the air. Exclusively applicable to the Transition Â® , the FAA’s grant of an additional 110 pounds will allow a competitive useful load while providing a revolutionary level of crash safety in a Light Sport Aircraft.

By giving pilots a convenient ground transportation option, the Transition Â® reduces the cost, inconvenience, and weather sensitivity of personal aviation. In addition to the enhanced protection afforded by applying automotive crash safety technology to light planes, the Transition Â® reduces the potential for an accident by allowing pilots to drive under bad weather instead of potentially flying into marginal conditions.

Classified as a Light Sport Aircraft, the Transition Â® requires a Sport Pilot certificate to fly and is designed to drive on public roadways and park in a standard garage. Terrafugia successfully completed flight and drive testing of its Proof of Concept Transition Â® in 2009. Refundable airframe reservations are being accepted with first delivery scheduled for late 2011.