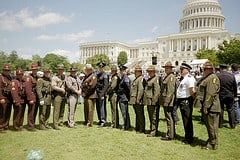 While today’s economy is slowly starting to get better and we are starting to see some small improvements on businesses and credit crunches, there are still many reasons to be leery of starting a business in this economic state for fear that we will go rapidly back under any day. Below are some of the friendliest states for you to start a small business in that you may want to consider if you are dead set on owning your own company.

Colorado. The Centennial State is known as one of the fastest-growing states — its population grew roughly 13 percent over seven years. The state ranks positively in capital gains, consumption, and property taxes. Also, a good number of highly educated people live and work in Colorado, which equals high-income levels. Recently talked about on Open Forum.

Texas not only has the most internationally focused manufacturing in the country but they are the lowest as well on workers compensation costs. They also offer a very nice incentive of no income or capital gain taxes for individuals as well!

While none of us have ever really thought of Utah as an entrepreneurial state, it actually a wonderful state for small businesses. They are thought the be the breeding ground for start ups whether they are a success or a failure.

And of course lets not forget Washington. First time start ups in Washington take advantage of the long term success that almost every new small business has in this state as well as one of the lowest taxes in the country as well.