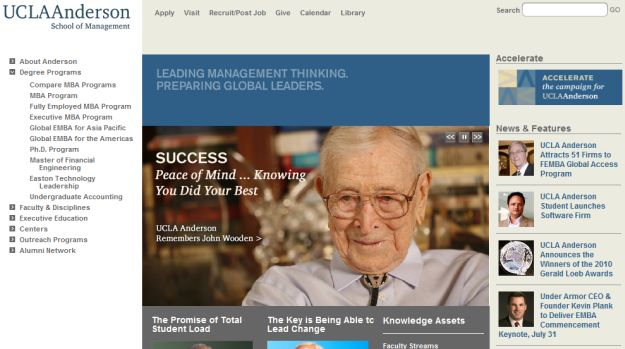 Sgt. Neil Avant was on his way to a meeting in Baghdad when a man wearing women’s clothing and a bomb blew himself up. The injuries that he suffered were a enough to end his service with the army but they were not enough to break his entrepreneurial spirit reports The Los Angeles Times.

Earlier this month he joined 19 other disabled veterans at a eight-day crash course in entrepreneurship.

His instructors at UCLA’s Anderson School of Management were blunt. Why would anyone consult him, he recalled them asking, when there are numerous firms already offering to help customers convert to renewable energy?

“Man, this really is like boot camp, you know the way they break you down to build you up?” Avant said in between lectures on balance sheets and marketing strategies.

“I think I was a little too cocky….We were trying to do microloans and financing in a combat environment, and I was like, if I can do that in Iraq, I can do it anywhere, right?”

With jobs hard to find, starting a business can be an attractive option for veterans returning from Iraq and Afghanistan with debilitating injuries. Hundreds apply every year for the Entrepreneurship Bootcamp for Veterans with Disabilities, which is offered at six universities nationwide.

The all-expenses-paid program, funded by contributions from the business community, was founded by J. Michael Haynie, who served 14 years in the Air Force before joining the Whitman School of Management at Syracuse University as an assistant professor of entrepreneurship. “If we know anything from history, for veterans with disabilities the path to traditional employment is a challenge,” Haynie said.

Program participants say becoming entrepreneurs allows them to craft careers suited to their skills and limitations. Besides dealing with physical issues, many disabled veterans require care that can be difficult to fit into a traditional workweek.