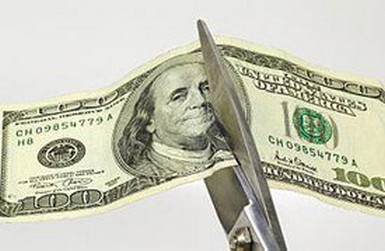 One unanswered question posed by this recession is, will we return to our previous buying habits once we believe that it is over?

A new Harris poll does nothing to clarify it for us, because it shows that we continue to look for more frugal alternatives in our day-to-day spending.

WalletPop reports that one way we are chopping our expenses is by buying generic brands.

Almost two out of every three persons surveyed indicated that they had bought, or considered buying, generics in the past six months. Even more troubling to those who long for an increase in consumer spending is the finding that this percentage has actually gone up since the question was last asked in January.

We’re also brown-bagging it: 48% saying they had carried their lunch to work in the past six months, up from 45%. Bypassing the dry-cleaners: 24% have reduced their use of this service. Canceling their land line: 15% have done so, while another 22% have considered it.

Skipping the coffee shop on the way to work: 22% no longer hit Starbucks or the like in the morning. Eschewing bottled water in favor of refillable bottles: 39% are doing this, up by 5% in only six months. Cutting back on cable TV: 22% have canceled or switched to a cheaper cable TV alternative; another 22% have considered it.