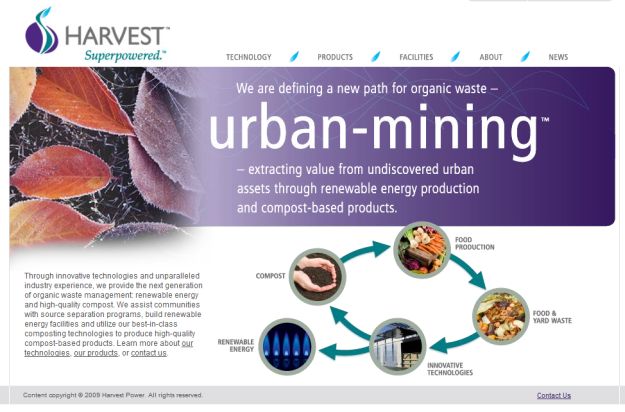 In 1983 Paul Sellew started a company that converted farm waste into a fertilizer. Fifteen years later his company, Earthgro, was sold to Scotts for $47 million reports Forbes.

Nearly three decades later Sellew, 52, is on his sixth eco-company, called Harvest Power, in Waltham, Mass., which aims to build multiacre facilities around urban and suburban locations to turn food scraps and lawn trimmings, branches and leaves into energy.

Supply abounds. A November 2009 study by the National Institute of Diabetes and Digestive and Kidney Disease found that the average food waste per person per day has increased by half, to 1,400 calories (that’s two Big Macs with cheese), since 1974 as more people eat out and portion sizes have swelled. There’s big bucks to be made turning all those leftovers into energy.

“Food and yard waste collectively represent 30% of what we throw out as a society,” says Sellew. “That’s millions and millions of tons of material. We want to take it a step beyond what I did at Earthgro and create energy out of the organic waste before we compost it.”