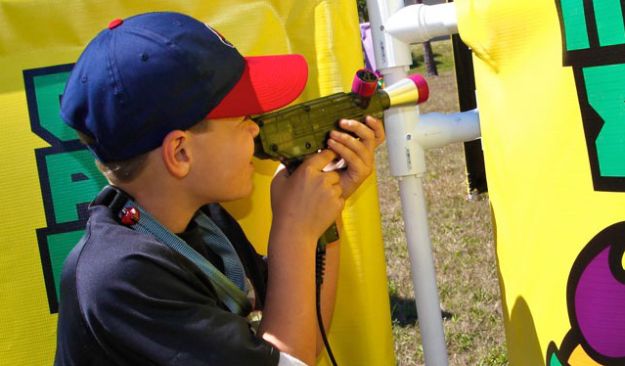 Pete Rodriguez is proud to admit that he thinks like a 12 year old, even if he is currently 35. It is that mindset that helps him relate to his customers reports news-press.com.

Rodriguez tows a 30-foot converted trailer to parties and events and features three Xbox gaming stations displaying inside on 52-inch screens, as well as two Wii consoles displaying outside on 46-inch screens.

“The whole thing is set up in the way games are meant to be played,” Rodriguez said.

He compares it to watching movies in the theater, and says his goal is to immerse players in the experience.

The trailer interior is dark and air-conditioned, has surround-sound systems and a sound-activated light laser show highlighting high-energy moments such as explosions during game play.

But his custom mobile theater didn’t come cheap: He invested about $200,000 in building costs and equipment.