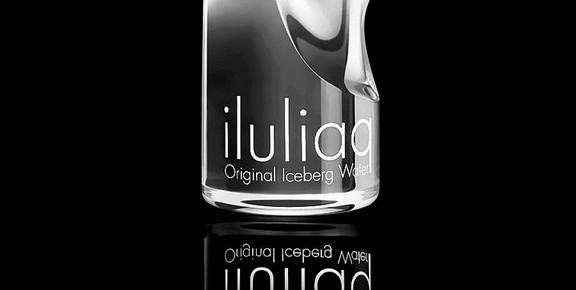 Even as scientists and environmentalists fret over the continued melting of Greenland’s glaciers, at least one person has seen an opportunity for money to be made, reports Digital Journal.

Iluliaq Original Water is melted glacier water, and is the brainchild of Julien Caquineau, who has spent three years in Greenland developing the idea. It comes in a designer glass bottle — even the stopper is glass —and is said to be absolutely pure.

The name comes from the kalaalissut (Greenlandic) language and means “giant’s iceberg.”

Currently it sells for 300 kronor per 750 ml bottle ($52). It is apparently in great demand in Dubai, where a company has ordered 30,000 bottles of it. There has also been some interest in Japan, Singapore and the United States.

According to the company website, no mechanical means are used to collect the water “which last fell as snow 200 thousand years ago.”