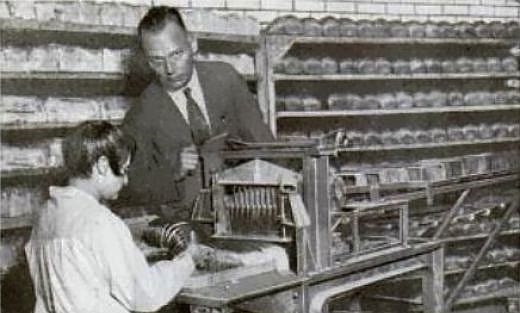 In the early 20th century, people across the world cut their own bread, one slice at a time.

But in 1902, a Missouri inventor named Otto Frederick Rohwedder couldn’t get his bread slices to fit inside the slots of his toaster.

Thus began his 26-year quest to invent a bread-slicing machine. Although Rohwedder had a prototype as early as 1912, he soon realized that cutting the bread wasn’t enough; he also needed to package the slices in such a way that they wouldn’t go stale. By 1928, Rohwedder had modified his machine to wrap the bread in addition to cutting it, and his first loaf of sliced bread was sold that July in Chillicothe, Mo. 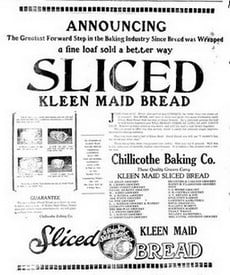 But just because it sold, that doesn’t mean that it sold well. For years, sliced bread was a commercial flop. Consumers thought the loaves looked sloppy, and bakeries hesitated to invest in the machines.

That all changed in the 1930s, when Wonder Bread hit the shelves. Lured by its colorful red, yellow, and blue packaging, Americans picked up the sandwich slices and put down their bread knives for good.

Editor’s Note: What did people use as an emphatic way of expressing how good something was before Rohwedder invented his machine?