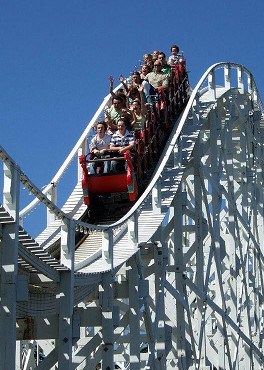 According to The Orlando Sentinel, the Discover Small Business Watch in July found that 75 percent of small business owners surveyed believe it is likely or highly likely that the economy will slip into another recession before it fully recovers.

A total of 58 percent of small business owners rated the economy as poor, up from 51 percent in June. Just 7 percent said the economy was excellent or good.

“They’ll be holding back their economic enthusiasm until they have tangible evidence that their bottom lines are improving,” said Ryan Scully, director of Discover’s business card, which commissions the monthly research. The survey, which was conducted by Rasmussen Reports, polled 750 small business owners.

One bit of good news? Twenty-eight percent of small business owners reported they will increase spending on business development during the next six months, the most since September 2008.