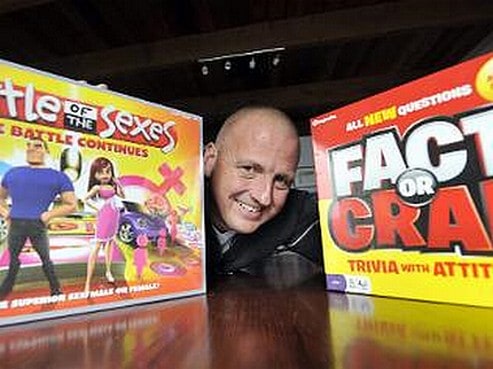 According to a story in The Advertiser, entrepreneur Shane Yeend has sold two of the first board games he developed for $24 million.

“Fact or Crap” and “Battle of the Sexes” – which was Australia’s biggest board game and the sixth-largest board game in the US at one point – have been sold to Canadian toy company Spinmaster in a deal that involves earn-out clauses covering the next 18 years.

“It is a lot of money for a cardboard box,” Yeend said.

“It was the first thing that got us into the games business. So many people spend their lives trying to take games around the world – we are getting three or four out of 10, so it’s a good average.”

Photo by The Advertiser.