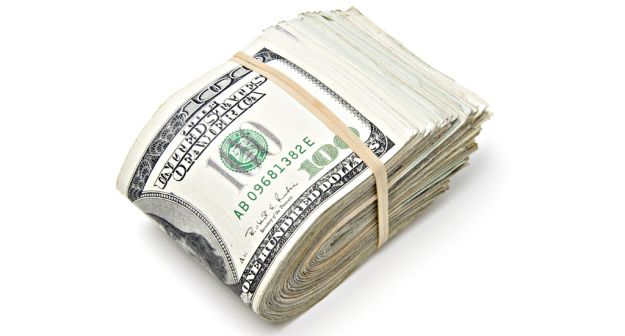 12 years ago you might have recognized the name Bill Bartmann. He was on the richest lists with thanks to his debt collection company, Commercial Financial Services. After a serious scandal hit him and his business that is when everything began to go under reports Inc..

We started CFS in 1985. It was phenomenally successful and was a four-time Inc. 500 company. We also had a lot of fun. I once leased 27 Boeing 747 jets to fly our 3,900 employees and their guests to Disney World for a weekend. Another time, I dressed up like Caesar and was carried on a throne into a Las Vegas casino, where I then wrestled Hulk Hogan in front of 6,000 people. In 1997, I was called the 25th richest person in the U.S. Then I lost it all.

CFS ceased to operate after an associate of mine was convicted of a crime. Everything came to light after someone sent an anonymous letter to the credit rating agencies. When I confronted my associate about it, he didn’t deny it. He eventually went to prison for five years, but our reputation was ruined.

It got worse when the federal government decided to indict me on 58 felony counts. That’s a world-class problem. That’s not like having a bad-hair day or losing a deal with a customer. When the government indicts you, it’s calamity time.

Fortunately, Kathy and I mustered the courage and strength to deal with the adversity. I was innocent of the charges and refused to take the misdemeanor deal they were offering. I challenged them and went through a full-scale trial. Eventually, I was acquitted. I even received an apology from the government for prosecuting me, which rarely happens.

But I was bankrupt, and I wondered why all this bad stuff was happening to me. But what could I do? Blame someone else? Cry in my beer? It wasn’t the first time I had lost everything. I needed to find a way to crawl out from the hole I was in, to come back one more time.

I decided what I should be doing is teaching my story so that when other people suffer their own calamities, my experiences might encourage them. So, I wrote a book and started traveling on a speakers’ tour with people like Steve Forbes and Colin Powell. It was called the Get Motivated! tour. And so I stood onstage in front of 50,000 people and told my story.