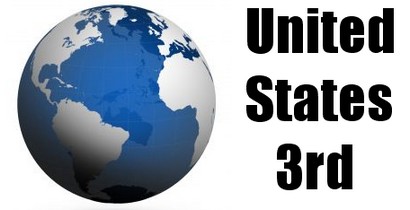 According to Inc.com, the U.S. is no longer tops in the world for entrepreneurship — and large companies are partly to blame, concludes a new Small Business Administration study.

The report — titled “Global Entrepreneurship and the United States” — compares U.S. entrepreneurship and performance against 70 other countries. It found that large companies account for an ever-increasing chunk of business activity, which “made it harder to new businesses to get started and for existing ones to prosper,” study authors Zoltan Acs and Laslo Szerb wrote.

The U.S. ranked a respectable third overall, behind Denmark and Canada. Additionally, the U.S. still ranks first for entrepreneurial aspirations, or the degree to which entrepreneurial activity is directed toward innovation, high growth, and globalization.