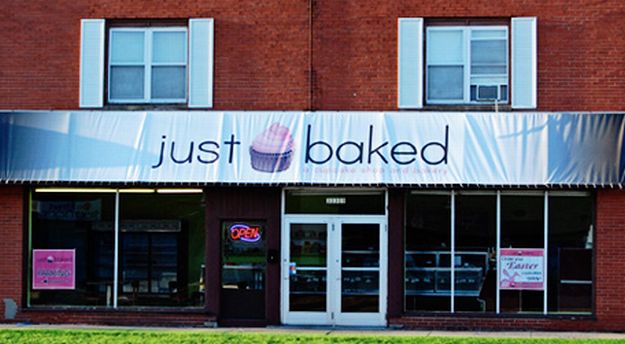 As a work-at-home mom myself, I have nothing but respect for any woman that can find the time to run a business and manage her family. To an outsider it might seem like the perfect mix of work and family but on the inside it can get quite hectic.

Beth Reeber Valone over at The Detroit News tells the story of one mompreneur that took the leap into cupcakes.

Sometimes it takes a a major decision to help us leave our comfort zones and follow our hearts. One such “mompreneur” is Pam Turkin, co-founder of Just Baked bakery and cupcake shops, which is based in Livonia.

During her work travels, Pam noticed cupcake shops popping up on the east and west coasts and decided to give baking a try. She was in her 40s, in the middle of a dismal economy and had no formal culinary experience – but she made it work.

“I began to experiment with recipes on the weekend and used my kids and their friends as critics,” Pam said. “The cupcakes that disappeared quickly, I figured those were the best so I made more of those.”

As word of her cupcake creations spread, Pam started baking for friends and family, quickly outgrowing her home kitchen. So she moved the operation to a vacant bakery in Livonia with a mixer and six pans in January 2009. The first day she opened her doors to the public she sold $82 worth of cupcakes and double that the next day.

Today, Just Baked is making 60,000 cupcakes a month in dozens of varieties and selling out of four retail locations. Her first franchise store opens in Canton soon and Just Baked is also selling cupcakes inside a Swirlberry frozen yogurt shop in East Lansing. Pam and her husband (she’s the creative one, he’s the numbers/operations guy) employ more than 60 people (many of them local culinary students) and recently signed a licensing agreement with Faygo pop to make Faygo cupcakes to be sold at local grocery stores. “We plan to do $1.6 million (in revenue) this year,” Pam said.

“Ditch your job, follow your heart & create the business of a lifetime!”Online since 2001, we offer articles, ideas, tips, tricks & excellent resources to help you start your own business. Learn how to create a windfall of cash flow for yourself and your family here on the pages of business opportunities!
Contact us: Nico[email protected]