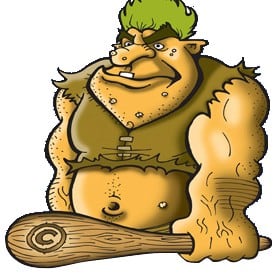 David Kravets over at Wired reports that Righthaven, the Las Vegas-based copyright troll, may have sued one website too many. The Electronic Frontier Foundation hit the company with a lawsuit Monday alleging Righthaven is abusing copyright law by suing for excerpting or posting newspaper articles without permission.

Law firm Righthaven was formed earlier this year for the sole purpose of suing for copyright infringement. So far, its main client, Stephens Media, has publicly authorized it to sue the operators of 145 internet sites on behalf of its flagship paper, the Las Vegas Review-Journal.

San Francisco’s EFF, which has been shopping for one of the cases to take, has agreed to defend user-generated Democratic Underground, a site that says it provides “political satire and commentary for Democrats.”

It’s also filed a countersuit claiming Monday that Righthaven is a “front and sham representative” of Stephens Media with a sole mission “to seek windfall recoveries of statutory damages and to exact nuisance settlements.”

Since Righthaven was formed this spring, it has settled about 20 percent of its lawsuits for a few thousand dollars each. Righthaven even demands forfeiture of the a site’s domain, which likely fuels settlements from site owners who don’t have a lawyer or who conclude that legal fees would be more onerous than settling, said Kurt Opsahl, an EFF senior staff attorney.

“If we get the right decision from the court, it would establish good precedent that will be available to everybody,” he said in a telephone interview.