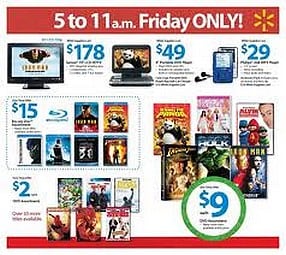 It’s a bit early yet for Black Friday ads to appear, but Walmart is hoping to stop the early release of its blockbuster this year sending out letters to Web sites specializing in Black Friday coverage, including WalletPop, saying its ad can’t be posted before Nov. 21: a mere five days before the big shopping event.

Walmart considers the content of this ad intellectual property, filled with trade secrets. And surely the ad is typically well thought out and planned a good deal in advance; some retailers even say Black Friday planning starts in January.

Door-buster deals don’t grow on trees, and retailers believe the early release of the ads give competitors unfair advance notice, allowing them time to launch similar, or better deals themselves.