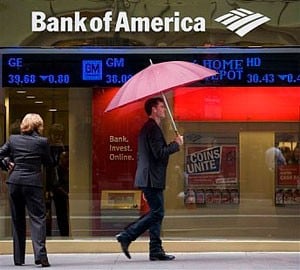 Half of small businesses that want credit are being denied it, according to a new survey.

Inc.com reports that the Federal Reserve Bank of New York surveyed 426 small businesses in June and July for the report, which defined a small firm as privately owned, with 500 or fewer employees, and less than $25 million in revenue. Seventy percent of those surveyed had fewer than five employees on the payroll.

Of the businesses who received credit, 75 percent said they were getting only “some” of the credit they requested.

During the first half of 2010, nearly six out of 10 (59 percent) of the businesses surveyed applied for credit, showing demand is there. But more than two-thirds also had a drop in sales/revenue, with 49 percent saying these figures were down “significantly.”

“As a bank that wants to make small business loans, we can’t find the borrowers,” Bernard Clineburg, chief executive of the $2 billion, 13-year-old Cardinal Bank, in Fairfax, Virgina, told MarketWatch. “Qualified borrowers are hard to find.”

(To read about what loan officers want to see to approve an application, click here.)