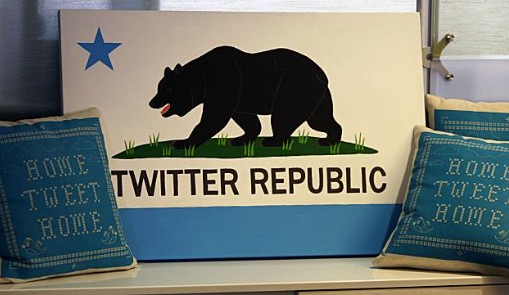 What’s in a name? If it happens to be Twitter, the answer is roughly $1.1 billion. In just four years, Twitter has gone from birdsong to the most used word in the English language, according to Global Language Monitor data for 2009.

According to Bloomberg Businessweek, Twitter spokesman Matt Graves explains that his company’s insipidly brilliant name was “the result of a brainstorm between a small group of employees at Odeo, the San Francisco podcasting startup where Twitter initially began as a side project. They came up with possible names, including ‘Jitter’ and ‘Twitter,’ and put them in a hat,” Graves says. Twitter won.

Now the race is on to coin the next weirdly memorable company name. The challenge is that coming up with something as powerful as Verizon or HÃ¤agen-Dazs (made-up words that have entered the cultural lexicon), let alone Google (the founders’ own misspelling of the numerical term “googol”), has become even harder.

“The days of accidental naming are over,” says Naseem Javed, the founder of ABC Namebank, a consultant specializing in corporate nomenclature. To stand out in the overcrowded global marketplace, he says, a company’s name must now be especially odd.

“Ten, 20 years ago you could start a business and take the name in any direction,” he says. “Now, with 200 countries on the cyber-platform around the globe, finding the right name has become an expert’s field.”

Photo by The Chronicle.