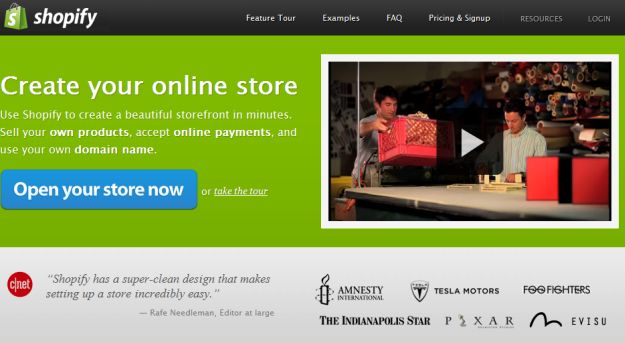 Scott Lake and Tobias Lutke needed a shopping cart software that would fit in well with their online snowboard store. However, what they found was complicated and confusing reports The Gazette. Unwilling to try and wedge another less-than-par software into their online store, Mr. Lutke – a programmer – created what they needed. That software is now known as Shopify.

Although the pair’s snowboard shop soon disappeared — and Mr. Lake left the company to pursue other interests — the code remained, and wound up forming the basis for Shopify’s offerings.

“What ended up happening was the snowboard shop itself wasn’t really commercially profitable and wasn’t really doing the numbers they needed it to do,” said Harley Finkelstein, Shopify’s director of business development and general counsel.

“But the code itself was just pretty amazing, so they realized that the value lay not necessarily in the snowboard shop on the retail side, but in the coding and the back end,” he said.

“The idea was there’s this amazing code, why don’t we commercialize the code itself and allow others to not have to go through the painstaking coding of building a website.”

Shopify aims to provide business owners with everything they need to open their own online store, from shopping cart technology to integration with shipping companies such as FedEx and accounting platforms.

While a custom-designed website could cost upward of $15,000, Shopify’s offerings start at $20 a month for the smallest firms.