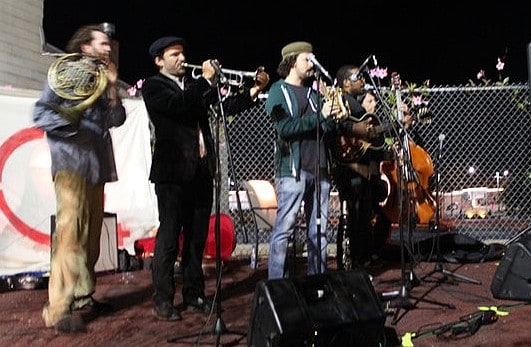 According to Businessweek, 70 musicians and artists bartered their creative services for medical care at an event called the O+ Festival. “It was kind of an amazing thing to sit down with a regular doctor,” he says. “Doctors are humans, it turns out. They enjoy rock music and art.”

A group of artists and physicians in the Hudson Valley conceived of the gathering. About 40 doctors, dentists, physical therapists, acupuncturists, and others donated 232 hours of service, valued at more than $38,000, to the bands and artists who played or created sculptures or paintings. “It really is about … helping artists and musicians who are contributing to society find health care at affordable rates,” says Arthur Chandler, a doctor at Columbia Memorial Hospital in Hudson, N.Y., and an organizer of O+ (pronounced O-positive).

Such programs aside, many self-employed artists like Russo struggle to afford health insurance or treatment when they fall ill. Russo says he lives on less than $25,000 a year from his two bands–a psychedelic rock group called Hopewell and indie-folk combo Common Prayer–and freelance Web marketing work.