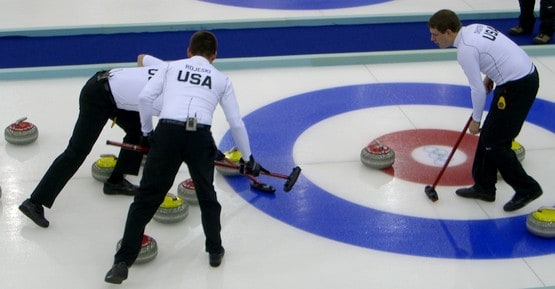 The Wall Street Journal is reporting that as curling season gets under way, the handful of entrepreneurs who cater to the quirky Scottish sport in the U.S. say they are seeing a boom in business.

The Olympics tend to give birth to new curling fans in America every four years. But the 2010 games appear to have sparked even greater interest than in the past, perhaps because live curling matches coincided with prime-time TV hours.

The small but increasing number of enthusiasts is a welcome relief for manufacturers and retailers of curling gear. Not only is the sport seasonal, but items such as curling stones, brooms and delivery aid sticks can last for years before needing to be refurbished or replaced.

The sport’s recent hype has also spawned some start-ups. Gary and Megan Suslavich launched Brooms Up Curling LLC last year, a retailer in Woodbury, Conn. The husband and wife team say sales of the 200 or so curling products they carry–ranging from $9.95 knee pads to $385 curling sneakers–have been steadily growing ever since; they declined to provide revenue figures.

The company does business over the Web and by traveling to about 15 curling clubs along the East Coast to sell gear to customers in person.