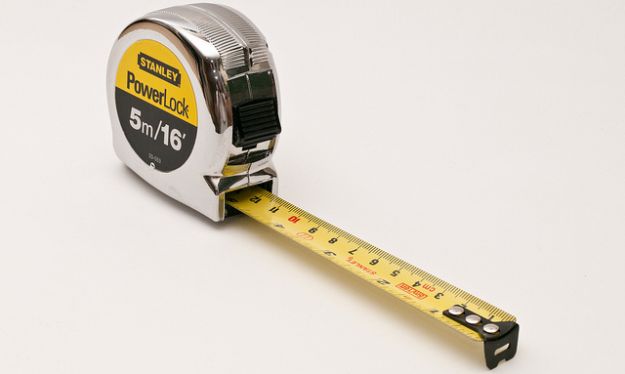 It’s often said that you should measure twice, and cut once. By double checking yourself, you’re preventing mistakes that will need fixed later. One inventor has decided that takes too long and created a measuring tape that allows people to literally measure and cut only once, reports The Republican.

Three years ago, [Oded Peri] got a contract to do the carpentry for the new Northampton Senior Center on Conz Street. He was asked to do a job that would normally take three months is just one month, he said.

“I had two people working with me but after a week or so, I realized I could never do it in time,” he said. “So I went to my friend’s house – he’s a blacksmith – and he helped me, and we designed the tape measure, and we finished the job on time.”

The feature that Peri designed to make the tape easier for him to read despite his dyslexia is called the “precision sight-scribe.” It is a stainless steel reader that points to the exact measurement on the tape, so it is easy for him to tell the precise measurement down to a 1/16 of an inch, even with his dyslexia. The tape is also labeled next to each measurement line, to make it easier to read.

The scribe part of the reader is a tiny nub on the bottom of the steel piece that can be used to create a visible mark on the wood, metal or other material being measured. This is far more accurate than the traditional method of marking next to the tape measure with a pencil, Peri said, and also saves time because it eliminates the step during a building project.

He named the tape measure M1 to stand for “measure once.”