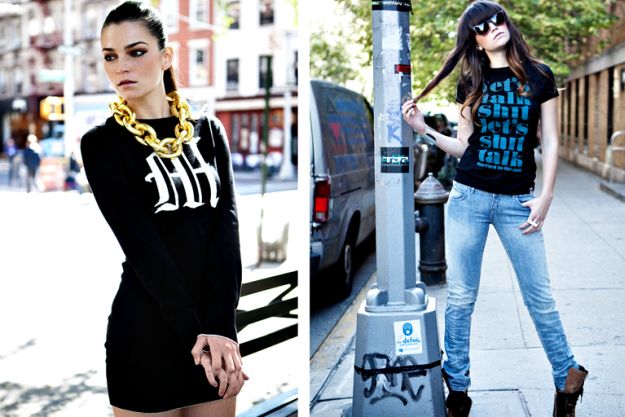 Leah McSweeney claims that she was assaulted by an officer for trying to defend a friend in 2002. The settlement, which amounted to $75,000, gave Leah a chance to support herself while starting Married to the MOB, a fashion line, reports Mail Online.

She purchased a new computer, turned her apartment into her office and, ‘most importantly had money to live on while I started the company’, she said.

Her line of T-shirts are embellished with provocative messages like ‘Super B****’ and ‘Men are the new women’.

Ms McSweeney became a millionaire three years ago when she sold a stake in her company which has its headquarters at the Empire State Building.

Ms McSweeney describes her line as much like herself, ‘tough and sexy’ and said she started her fashion label because she wanted women to have the same cool brands as guys.

Photo from Married to the MOB