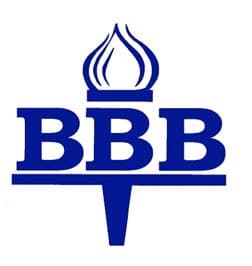 If you want to check up on the bona fides of your plumber or your electrician, you contact your local chapter of the Better Business Bureau.

Lately, though, news organizations have been questioning the BBB’s own bona fides. The BBB’s rating system, they say, is at best uninformed and at worst corrupt.

Until recently, the BBB had a reputation on par with motherhood and apple pie. The Better Business Bureau is a national network of local nonprofit groups that evolved during the early years of the 20th century to expose fraud–initially mainly patent medicines and stock swindles–in America’s burgeoning advertising industry.

Slate magazine culled reports from several news sources over the past two years exposing the BBB’s preferential treatment for companies that pay accreditation fees to the organization.

The practice, Slate says, has effectively turned the BBB into a protection racket for local businesses. “The roughly 400,000 accredited businesses, even those that get numerous complaints, very often receive higher grades than unaccredited companies with spotless complaint records.

Can the Keltner Channel Improve Your Forex Trades?