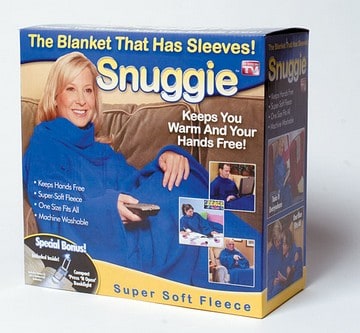 Snuggie infomercials are cheesy, but that cheesiness played a huge part in making the Snuggie one of the biggest success stories in infomercial history.

“By the end of 2010, the company will have sold 25 million blankets, the equivalent of one for about every 12 residents of the United States,” The New York Times reports.

Snuggie representatives say that they will spend about $12 million in advertising this holiday season, significantly less than last year, because the product now retails in big-box chains.

“The Snuggie has revolutionized the way people think about blankets,” says Scott Boilen, the company’s president. “People are collecting multiple Snuggies–it’s like a shirt.”