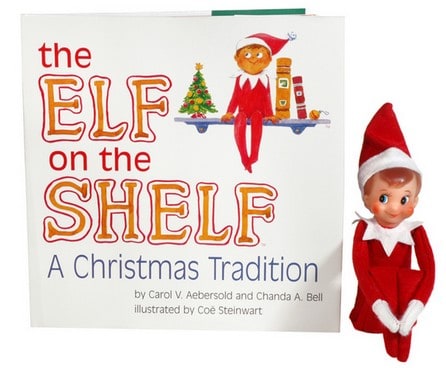 He’s the Elf on the Shelf. A book. A doll. And now a holiday phenomenon at a home near you. Maybe even yours.

According to a story in USA Today, the 8-inch-tall fella spends his days “watching” kids to see if they’re behaving. Then he flies to the North Pole to report bad behavior to Santa, nightly trips that kids are well aware of. When he returns, he lands in a different spot in the house, thanks to a parent’s helping hand, setting off a hide-and-seek game every morning.

Carol Aebersold did this routine with a generic plastic elf dressed in red velveteen when her kids were growing up three decades ago, and she now has turned the family tradition into a multimillion-dollar operation.

Her business, CCA & B in Kennesaw, Ga., which she runs with her twin daughters – co-CEOs Chanda Bell and Christa Pitts – is going gangbusters, averaging an annual growth rate of 272%. About 1.5 million books/elves have been sold since the box set’s inception in 2005, a year when only 5,000 elves headed out to American homes. Sales are expected to double again this year. The company has 16 full-time employees.

“It hits a number of key touch points,” says Patricia Bostelman, vice president of marketing at Barnes & Noble, which has been selling the set for three years. “It’s become a family tradition, just like trimming the tree and baking cookies. And it’s interactive. It’s fun for the kids to hunt for the elf, and it’s fun for the parents to hide it. And it builds up to (Christmas) day.”