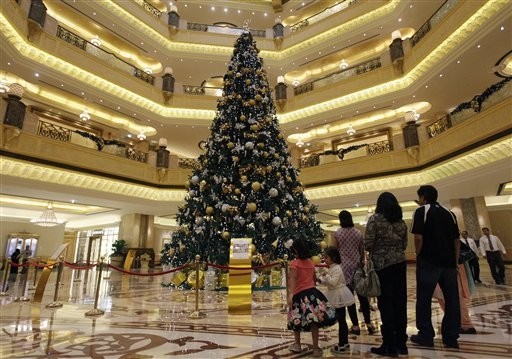 Christmas tree decked out with dollars 11 million U.S. worth of gold, at the Emirates Palace hotel, in Abu Dhabi, United Arab Emirates. The hotel’s general manager, Hans Olbertz, was quoted in local newspapers Thursday as saying the 43-foot faux fir has 131 ornaments that include gold and precious stones including diamonds and sapphires. The $11 million symbol of the season has become the latest extravagance at the Emirates Palace hotel, which boasts its own marina, heliport and a vending machine that pops out small gold bars.