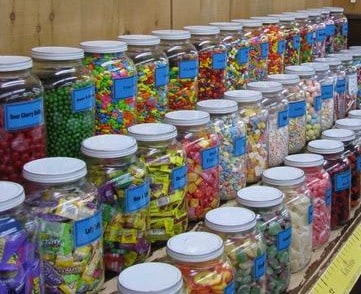 Candy
How sweet it is. Even in a recession, candy has been a luxury that many people can still afford. “Chocolate is a comfort food,” says Dan Johnson, owner of Choco-Logo in Buffalo, New York, which has seen retail sales rise 30 percent since last year. The confectionery industry, as a whole, grew 3.7 percent during the 52-week period ending April 19, according to the National Confectioners Association, which is pretty good considering so many industries are flat or declining.

iPhone Apps
Apple launched its App Store last summer, creating a whole new burgeoning industry in the process. Sales of apps in the first month topped $30 million, leading Steve Jobs to predict that the marketplace would be worth $1 billion some day.

Home Health Care
Perhaps the sector likely to benefit the most from the aging baby boomer generation is the home health-care industry. An increasingly popular alternative to nursing homes, home health-care services tend to offer patients lower costs while affording them the dignity of being able to remain in their homes. Industry employment is expected to increase 4.5 percent annually through 2016, the third-highest rate of growth recorded by any industry, according to the Bureau of Labor Statistics.

Repair Services
Call it a sign of the times, but companies that provide repair services, ranging from the home-improvement sector to the auto industry, are seeing an uptick in revenue as more people opt to fix their existing possessions, rather than to buy new. Business is up 2.4 percent at auto repair shops and 4.6 for electricians and plumbers in the past year, according to statistics compiled by Sageworks. Other lucrative sectors include shoe repair shops, many of which have seen business more than double since the start of the recession, as well as personal electronics repair shops.