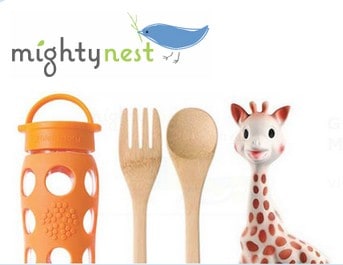 When Kristen and Chris Conn of Evanston wanted to help other parents find and buy safe, nontoxic merchandise, they turned to the Internet. The result wasMightyNest.com, an online business the husband-wife team launched in October 2009 that marries content and commerce to cost effectively reach busy parents.

The Chicago Tribune reports that thanks to consumers’ growing use of search engines and social media, MightyNest expanded its presence and more than tripled its holiday sales this year, said Chris Conn, the company’s chief executive. With 17,000 Facebook friends, he said, “We’ve built up a really strong community.”

Increasingly, startups are tapping the Web’s global reach, and that likely will accelerate in 2011 as more entrepreneurs see the Internet as a business-development tool. Global online transactions generate an estimated $10 trillion annually, according to a U.S. Commerce Department report released in December.

“I can use the cost advantages and the scale of the Internet to build a nice business online with a few people, and that’s pretty cool,” said Conn, who has experience in Internet product development through stints at several companies, including Tribune Co. and DoubleClick.

As Internet technology lowers the barrier to entry for many entrepreneurs, new business concepts are emerging that previously wouldn’t have been viable.

“All you need is a Web site and something to sell,” said Jeb Ory, chief executive of The App House, a Chicago-based mobile software application-development firm.