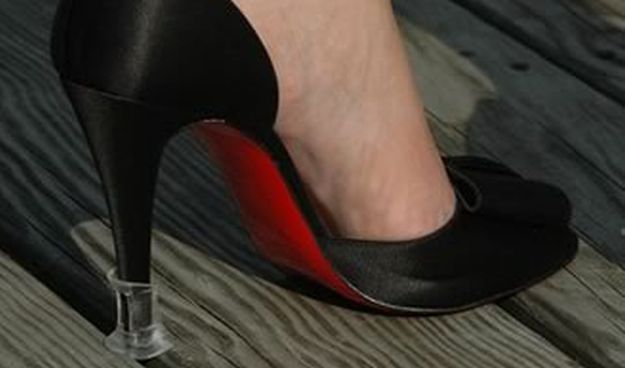 Sometimes inspiration can come from the most unlikely of situations. According to USA Today, Becca Brown was inspired on prom night when her spiked heels sunk into the ground.

A decade later, Brown offered her business school classmate an unusual idea for an entrepreneurship project: “Becca turned to me and said, ‘Why is there nothing to stop heels from sinking into the grass?’ ” recalls Monica Ferguson Murphy.

Murphy, who had wobbled on shoe stems herself, knew Becca was on to something. The two pitched the concept of a high heel stabilizer/protector cap for the class. After graduation, they followed up on the offbeat idea.

They dived into Internet research and built up resources that enabled them to create a cap prototype, product packaging, and an e-commerce site. “It’s been scary and stressful,” says Murphy, but also successful.