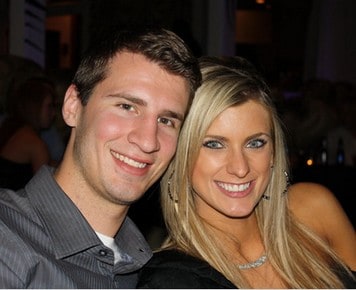 Dana Burck and Greg Hill of Cincinnati were a happy young couple who enjoyed traveling, watching movies, and did a lot of online shopping together.

The New York Times reports that last Tuesday evening, Hill kept Burck up late with caffeine and back rubs, until about 1 a.m., when she says, “and then we went on Groupon, which is something we always do.”

The discount site wasn’t offering a salon service, pilates class discount, or cheap lunch deal to subscribers of Cincinnati’s Groupon. Instead, it read: “A Surprise for a Dana from a Greg,” and a “nontransferable” proposal of marriage.

Did Burck say yes? Let’s just say the deal was sealed with a click.