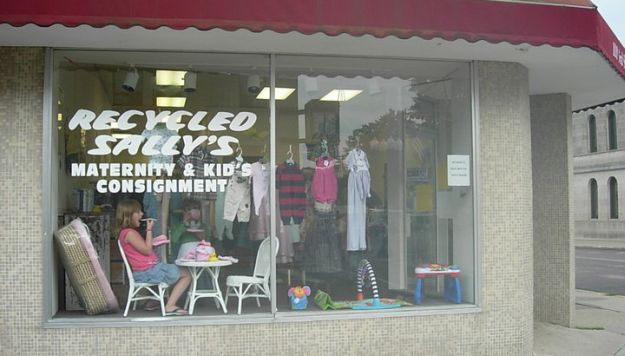 The timing couldn’t have been better or worse for Betsy Hansen. She was getting ready to launch her gently used kids clothing store when she found out she was pregnant. Now when she looks at baby clothes, she sees it as an opportunity to sell it in her own store later reports Baraboo News Republic.

Recycled Sally’s is a consignment store offering clothes and accessories for children and expectant mothers.

The idea for Recycled Sally’s occurred to Hansen during her pregnancy with daughter Molly, now 2. Hansen struggled to find maternity and baby clothes locally after the closing of Butterfly Kisses, a former downtown boutique.

After opening, Hansen found she wasn’t the only one who had spotted a niche in the market. “People were excited,” she said. “I’ve even had people say, ‘I was going to do this but I didn’t have the kick in the pants to do it.'”

Hansen got serious about crafting a business plan last spring. The former American Girl customer service representative said jumping into retail wasn’t scary. “It really wasn’t,” she said. “It probably should have been.

She rapidly assembled a network of consignors via the Internet sites Facebook and Craigslist. Here’s how it works: Consignors bring items in, and Hansen tries for 90 days to sell them. When items sell, consignors get half the take. Hansen requires that all clothing be clean and only gently worn.