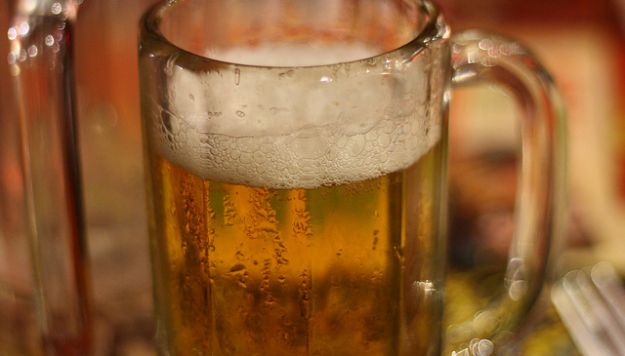 Before Eric Fitch started creating fuel from brewing waste, all he knew was how messy it could be.

At one time, he caused an accidental plumbing back up. He flooded the basement in his apartment building because he tried to dispose of the grain from his home brewing down the sink. Needless to say, it was a big mess reports boston.com.

These days, he’s doing something more constructive, fulfilling the dream of beer lovers everywhere by recycling the stuff: The MIT-trained mechanical engineer has invented a patented device that turns brewery waste into natural gas that’s used to fuel the brewing process.

The anaerobic methane digester, installed last year at Magic Hat Brewing Co. in Vermont, extracts energy from the spent hops, barley and yeast left over from the brewing process — and it processes the plant’s wastewater. That saves the brewer on waste disposal and natural gas purchasing.

The 42-foot tall structure, which cost about $4 million to build, sits in the back parking lot of Magic Hat’s brewery, where it came online last summer.

Fitch, 37, is CEO of PurposeEnergy, Inc., of Waltham, Mass., a renewable energy startup company whose lone product is the biphase orbicular bioreactor, which is 50 feet in diameter, holds 490,000 gallons of slurry and produces 200 cubic feet of biogas per minute.