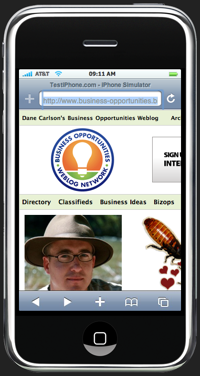 Did you, like me, rush out and get a Verizon iPhone last week? We don’t have AT&T service here in the mountains, so I’ve been waiting for Verizon to join the club and get the iPhone since we moved up here a couple years ago. I’ve looked on with envy at all of the cool things that people have been doing with iPhones since my original iPhone became useless when I moved out of AT&T’s coverage area.

Well, if the fact that you have to pay at least $200 for an iPhone still dissuades you from jumping into the Apple camp, a report out from the Wall Street Journal might be good news:

Apple Inc. is working on the first of a new line of less-expensive iPhones and an overhaul of software services for the devices, people familiar with the matter said, moving to accelerate sales of its smartphones amid growing competition.

One of the people, who saw a prototype of the phone late last year, said it is intended for sale alongside Apple’s existing line. The new device would be about half the size of the iPhone 4, which is the current model.

The new phoneâ€”one of its code names is N97â€”would be available to carriers at about half the price of the main iPhones.