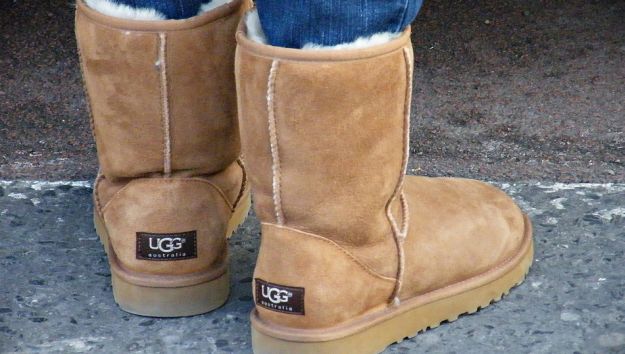 When Shane Stedman sold his Ugg boot invention 28 years ago, he made a whole Â£10,000. Today his invention is worth $799m a year. However, if you think he regrets his decision to sell then you would be mistaken reports news.com.au.

Ugg boots have come a long way since their 1973 creation – designed to keep surfers’ feet warm in chilly Australian conditions.

But his sheepskin invention soon solved the nippy problem and Mr Stedman went on to spend a decade selling the sturdy boots, until 1983 when he sold the rights to US company Deckers, for Â£10,000 plus three pairs of Ugg boots each year for the rest of his life.

“If I had wanted to make my Uggs the number one brand, I’d have had to move to the US and work my arse off in a suit and that’s just not me,” Mr Stedman said.

Of the money he was paid, Mr Stedman said he had jumped at the chance.

“It was a lot of money at the time – enough to put my kids through five years of private school, so I thought: ‘Why not?’.”

He said he keeps one of the three free pairs of boots he receives each year and gives the others to his adult children.