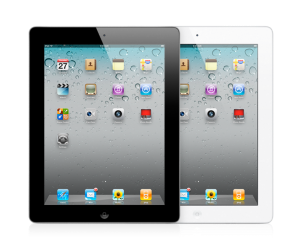 Waiting for something cheaper than an iPad before you move to a tablet computer. The NY Times thinks you might be waiting awhile:

The iPad 2, unveiled on Wednesday, offers several sleek improvements over its predecessor. But its most attractive feature is perhaps the same one its predecessor had: the price tag.

And what makes that feature even more compelling is that so far, Appleâ€™s competitors in tablets cannot beat or even match it.