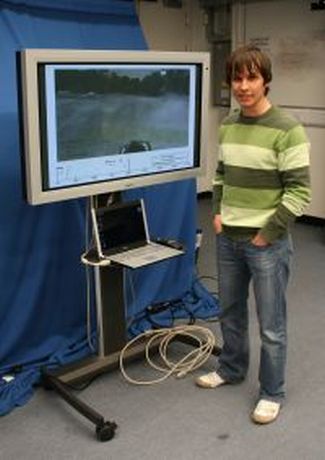 I may not be watching you in a literal sense, but there is a new camera that can. A Czech inventor named Zdenek Kalal has created a unique surveillance system that can track a person while they are on the move, reports Inventor Spot.

Kalal’s Predator smart camera is programmed with a learning strategy that enables it to automatically detect its own tracking failures, and therefore get better and better at tracking its object of choice. It’s even smart enough to recognize you again if you leave its field of view, and later return; or to identify you among a group of people in a photo.

But it isn’t just for tracking people. Kalal and his fans have devised dozens of potential applications, including autonomous navigation, human-computer interfaces, gaming, motion capture, augmented reality, even animal tracking.