Four hundred years ago, on May 2, 1611 the Church of England published the King James Bible. The translation took forty-seven men seven years to complete.

During the 14th â€“ 16th centuries, the idea that the common man should be able to read the Bible in his own language was incredibly controversial. The idea was so radical that some people were killed for their translation efforts. While the KJV was not the first translation of Godâ€™s Word into English, it has been one of the most influential in making Scripture widely available to everyday people in their own language.

The original book was very large: approximately 17” tall, 30” wide when opened, and it weighed up to 30 pounds! 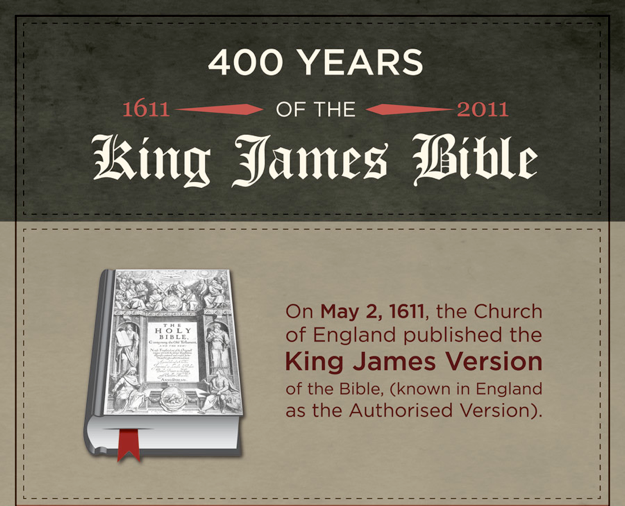