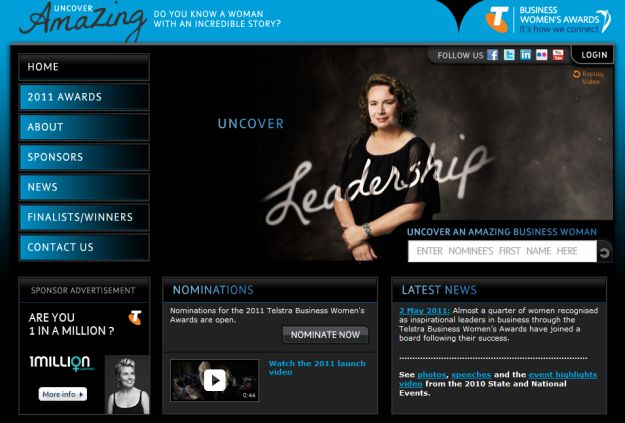 The Telstra Business Women’s Awards has launched once gain in Australia, and it is bringing women together for the chance to win $200,000 in cash and prizes.

The 2011 awards were unveiled today, featuring three main categories: private and corporate, business owner, and community and government. They are also featuring two special categories; one is the innovation award, and the other is called the Young Business Women’s award for women 34 and under, reports The Sydney Morning Herald.

Telstra’s Kate McKenzie said the awards had uncovered some inspiring businesswomen during the past 16 years, and in turn provided them with opportunities and a much higher profile.

“For many women, increasing their business networks and enjoying a boost in their confidence are tangible rewards from participating,” Ms McKenzie said.

A survey of 177 winners and finalists from 2006 to 2010 showed almost a quarter of participants had joined a board after their success. Some 38 per cent expanded their business while 40 per cent went on to mentor other women.

Last year’s winner, Denise Goldsworthy, who is managing director of the world’s largest exporter of salt, Dampier Salt Limited, encouraged other women to try their luck.