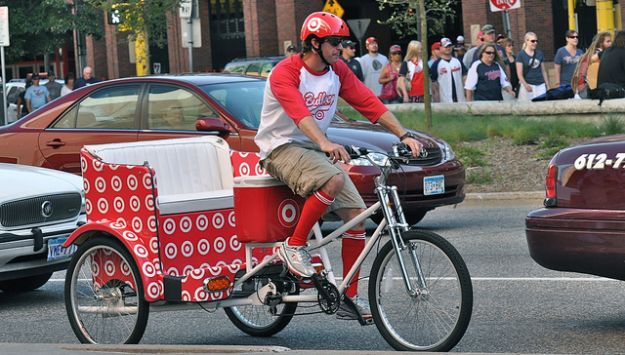 Bicycle taxi’s are not a new form of transportation, but the shift toward green living has brought this trend back.

Unlike a regular cab that may charge by the mile, the Eau Claire Bike Cab works on tips alone, reports WEAU.com.

“Just as quick as driving, a little more fun and a lot more safe too,” said Barker. “We’ll go anywhere in the Barstow area to Water Street and in between.”

It’s an idea other big cities have started and Eau Claire is now adopting.

“If you’re downtown here and you just want to go from Music in the Park to Water Street or just out to a restaurant, it’s a lot easier than finding parking downtown,” said Barker.

And the response from the public?

“We’ve had people smiling and waving and we had people honking but not in a bad way. Just in the little beeps, just to say they really enjoy what we’re doing,” Morfitt said.