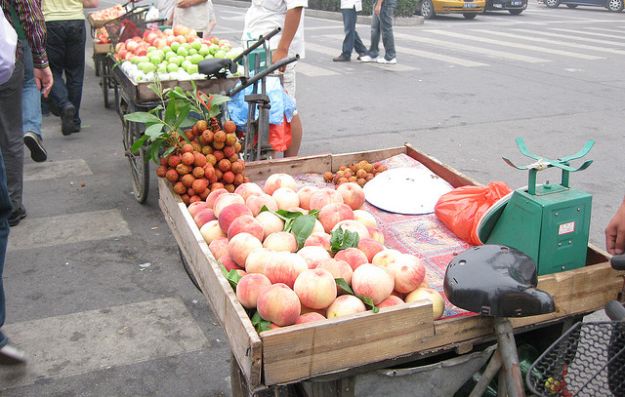 The green trend is a growing one. In Ditmas Park, a man has created a unique cart for his bicycle that allows him to collect compost from people within the neighborhood and bring it to the community garden. When the food has grown, his cart is also made to carry the fruits of their labor for deliver around the neighborhood, reports The Brooklyn Paper.

Diedrich says the leg-powered trailer will also be used to deliver fresh produce â€” grown at a mom-and-pop-owned organic farm in Pennsylvania for members of Ditmas Parkâ€™s Community Supported Agriculture co-op â€” to residents who donâ€™t have the means to pick it up themselves.

Itâ€™s all part of a plan to deliver the raw materials of roughage before and after itâ€™s prepared to eat â€” and creating a lifestyle where very little goes to waste.

â€œCompost for Brooklyn never had the means to go around and collect compost from other areas,â€ said Diedrich, who pointed out that members will finally be able to pick up compost and drop off vegetables at the same time â€” without burning any fossil fuels.

Diedrich said heâ€™s pushing to expand the service and do more pick-ups, but they need more volunteers to get it off the ground.

â€œI will be spearheading that campaign to make sure the trailer really gets worked in with [the farm share] and Compost For Brooklyn first,â€ he said.