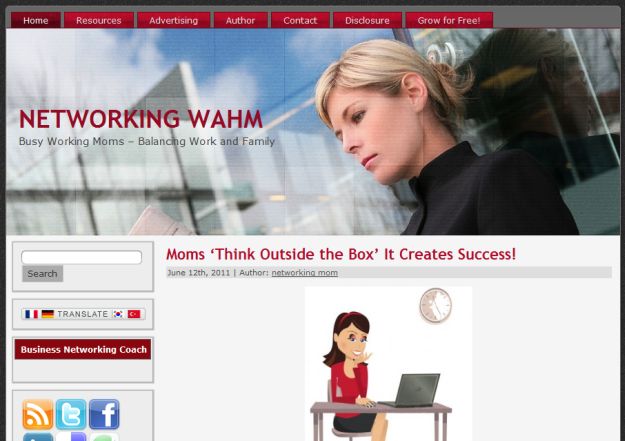 There is a world of tech-savvy mompreneurs hitting the web, and Sharon Gilmartin Nicholas is one of them, reports Metro.

A web entrepreneur and writer based in North Carolina, [she] started building her online presence in April 2010 with the purchase of momsindulgence.com and networkingwahm.com.

Now, one of her websites draws 200,000 visitors each month and Nicholas has created two other sites.

â€œAny woman that wants to get on the Internet, she instantly becomes part of this sisterhood of women on the net,â€ Nicholas said.

Nicholas noted that every mom trying to start a business needs to have an online presence and women are embracing that concept.

â€œYou wouldnâ€™t think of a female â€” especially a mom â€” being a â€œdot-comâ€ mompreneur but thereâ€™s a huge number of women on the Internet doing all kinds of things,â€ she said.