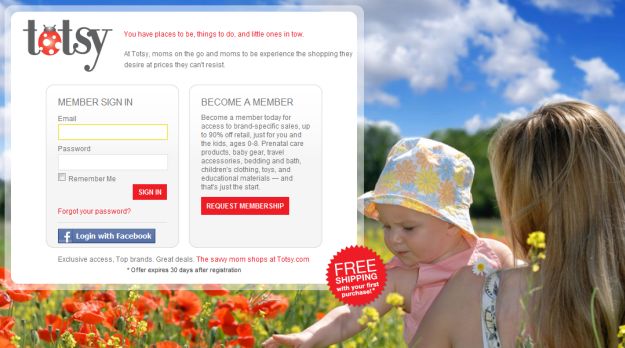 Guillaume Gauthereau used to wake up at 3:30 in the morning to check important emails and push himself through a long day that never ended until 10:30 pm. After a while the long days wore him down, and he decided it was time to go into business for himself. So, he created Totsy, reports portfolio.com.

Now the founder of startup Totsy.com bikes to work at 8, reads in the park at lunch and meditates daily.

â€œI was 35, and one of the youngest CEOs of a global luxury brand, and I realized that the only thing it means is that now I will go on to be a CEO at another big company,â€ Gauthereau says. â€œI realized that with the pull of money, I had ended up on the wrong track.â€

A French native who became a New York transplant, Gauthereau founded Totsy.com, a flash-sale site that offers discounts on merchandise for babies, children, mothers and moms-to-be. The site, which launched about 18 months ago, targets eco-conscious parents, with everything from vitamins and yoga clothes to childrenâ€™s clothing and shoes and even baby strollers. The company deploys green-friendly business practices, and it says it offsets its carbon footprint by planting a tree in the rainforests of Peru for every purchase.

While Totsy.com is a decidedly crunchy-granola kind of operation, itâ€™s also got some crisp cash behind it. Last fall, the company picked up Series A funding of $5 million from two New York-based venture capital shops that specialize in technology: DFJ Gotham and Rho Capital Partners.

Gauthereauâ€™s financial backers do not allow him to release sales figures, but he asserts Totsy, which has more than 50 employeesâ€”including a â€œChief Momâ€ as its main editor and social media director plus a cadre of â€œmompreneursâ€ as partners and advisers in all of the major U.S. citiesâ€”is thriving.