Utah has long been recognized for its strong entrepreneurial spirit and business-friendly environment. That atmosphere has led many to take the risk and build companies from the ground up in various industries from education to manufacturing. 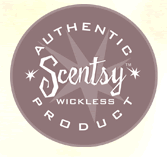 Ten of those courageous souls were honored Thursday at the 2011 Ernst & Young Entrepreneur of the Year Awards during a black-tie gala at the Salt Palace Convention Center in downtown Salt Lake City.

Among those honored were Heidi and Orville Thompson, who won the award for Retail and Consumer Products. The married couple started Scentsy, which makes a safe, wickless alternative to scented candles, in 2004.

In 2011, the company is on track to generate revenues of $500 million. While the business is successful today, it wasn’t always that way, according to Orville Thompson.

“Seven years ago, I was a broken entrepreneur facing a mountain of debt,” he told the audience of more than 1,100 people. He said that he had even considered bankruptcy until his wife â€” who wasn’t involved in the business at the time â€” convinced him to work together to turn the company around.

“She said to me, “Let’s just swing for the fence!”” he explained. “I thank her â€¦ for setting direction for our business and our life.”

The ceremony marked the 25th anniversary of the highly regarded event. The Utah winners in each category will compete nationally against other entrepreneurs.